The first typewriter was created in the 18th century for a blind Countess by a friend, Pellegrino Turri as a means to help her write and communicate with friends and family. From there, the typewriter was improved upon dramatically over the years. Finally, in the 1950’s, many households had a typewriter. In 1958, the first Hermes typewriter was introduced. Considered to be the most advanced manual typewriter of it’s time, the Hermes 3000 was to become one of the most popular and well-known typewriters in the world.

The company that originally designed and manufactured the Hermes typewriter was E. Paillard & Company, a family firm founded by Moise Paillard in 1814. In the early beginnings, E. Paillard & Co. designed and manufactured some of the world’s finest watch movements and music box mechanisms. The amazing thing was that all of this was produced in a small workshop located on the ground floor of the family home in Sainte-Croix, Switzerland. E. Paillard & Co. perfected an invention in 1862 which allowed cylinders in musical boxes to be removed and play different melodies. A great mechanical engineering achievement for it’s time. The company later began to design and manufacture cylinder musical boxes, watches, and record players for clients all over the world. At this time in history, the musical box industry represents about 10% of Switzerland’s export. To this day, the name of Paillard is known around the world as manufacturer of some of the finest musical boxes ever made.

In 1913, Paillard opened an additional factory in Yverdon, Switzerland and decided to design and construct typewriters. Just ten years later, the first Hermes Model 2 typewriter was introduced to the market but was not a success. By 1935, the Hermes Featherweight typewriter was placed on the market. Widely considered to be the first portable typewriter, the Hermes Featherweight was compactly designed to measure just two-and-a half inches thick, weighed around 8 to10 pounds and came complete with a metal carrying case. A true precision instrument with smooth moving mechanisms and solid craftsmanship. The ultra-low profile Featherweight became the standard travel typewriter for writers and reporters around the world. It was a small typewriter that had all the functions and smooth operation found in larger portable typewriters of the time. This was the world’s first true laptop communication device.

The Hermes Baby Typewriter was the next successful machine from E. Paillard & Company in the late 1930’s and early 1940’s. Also known as the Hermes Baby Jubilee, it is considered by many to be the « Mini Cooper » of typewriters. When it was first introduced, the Baby gained almost instant success and became the « must have » typewriter for novelists, celebrities, reporters, and journalists of the time. Designed for Paillard by famed Italian designer Giuseppe Presioso, the beautiful lines of the Hermes Baby changed typewriter design forever. The Baby was reputed to be the typewriter of choice for Ernest Hemingway. The Hermes Baby was also manufactured under the names Empire Baby, Empire Junior, and Baby De Luxe Model in the United Kingdom, the Ala in Italy, and the M.K. Mala in Poland.

In 1952, Hermes came out with the 2000 model which was a black, glossy typewriter with ubiquitous round keys. The Hermes model 2000 was considered to be the absolute best of the immediate post-war typewriters, and the best looking. Later iterations of the model 2000 sported the familiar green color that is so reminiscent of the Hermes typewriter line. The predecessor of the famous Hermes 3000 model, the 2000 was a precision instrument that brought together all the very best improvements and features of the Hermes line – lightning margin, automatic tabulator, and touch regulator. The 2000 was smaller, lighter, and had less intricate controls than the next model, the Hermes model 3000.

Hermes made some radical design changes to their typewriters in 1958 and introduced the new Hermes 3000 model. This curvaceous typewriter was a beautiful machine with great lines and was considered by some to be almost « sexy. » Folks absolutely loved the look and feel of this typewriter. Most considered the 3000 to be another precision machine with a great « feel » for the smooth operating keys. The only complaint was that the controls on the new 3000 model were a bit difficult to understand. The 3000 would be redesigned with easier to read controls in 1967, although it was a much boxier, less « sexy » designed typewriter. Yet another model 3000 was redesigned in the 1970’s and was considerably even more boxy and less attractive. The 1970’s version of the Hermes 3000 was also produced in a different factory and is not considered to be as high-quality as the Swiss-made model 3000’s.

In 1964, the Hermes Rocket made it’s debut as a portable, subcompact typewriter. The Hermes Baby Rocket enjoyed so much acclaim and popularity that Paillard licensed it’s design to be manufactured by many other companies. That’s why there are so many typewriters that look similar to the Hermes baby Rocket, but carry the name of another typewriter manufacturer. In 1965, the prodigious Hermes Ambassador was brought to the market. Weighing in at an impressive 45 pounds, this huge and heavy Hermes typewriter contained two sets of ribbon spools, one for the standard carbon ribbon and one for a correction ribbon.

Over 160,000 Hermes typewriters were produced between the years 1923 and 1953 carrying the Hermes brand name. Between the years of 1923 and 1963, Hermes was the standard for typewriters in the world. Even today, some writers still prefer the feel of a Hermes manual typewriter. Simpson’s creator Matt Groening, Lonesome Dove author Larry McMurtry, and John Steinbeck all preferred to use a Hermes typewriter. There is just something about a manual typewriter that speaks to the creative muse in writers. In 1963, E. Paillard & Company merged with the German-based Thoren Group in a corporate marriage that would only last three years. E. Paillard & Company was incorporated into the Olivetti corporation in 1981 and ceased operations. 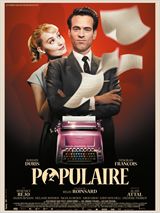